Let’s be honest: Jonathan Edwards’s legacy is far too vast to cover in so few words. Entire books could be written about the significance of even the smallest chapters of his life. However, that doesn’t mean that gaining as much knowledge as we can in the space allowed is a worthless endeavor. So, with that in mind, my goal here is to introduce you to Jonathan Edwards and some of the powerful lessons we can learn from his life in a way that builds a curiosity to learn more and a strong outline to fill in.

A New Sense of Divine Things

Jonathan Edwards was born in East Windsor, Connecticut on October 5, 1703, about 70 years after the Puritans had first colonized New England. Edwards was born into a family full of ministers. His father, Timothy Edwards, was a pastor, farmer, and part-time teacher, and his mother, Esther Stoddard, was the daughter of Pastor Solomon Stoddard in Northampton, Massachusetts about thirty-five miles away. Together, they had eleven children of which Jonathan was the fifth and the only boy.

When he was almost thirteen, Edwards traveled to the Collegiate School of Connecticut, which became Yale College shortly after. After graduating with his bachelor’s degree four years later, he decided to continue school to pursue a master’s. It was during that time, in the spring of 1721, that Edwards found his faith. Although he had been raised in a religious household, he began to experience God differently saying, “I was brought to a new sense of things, to an inward sweet delight in God and divine things, quite different from anything I had ever experienced before. I began to have a new kind of apprehension and idea of Christ and the work of redemption and the glorious way of salvation by him.”

This was the beginning of Edwards’s trust in the Lord and the spark that led him into a life of ministry. Before he could complete his master’s degree, Edwards was called to preach for a small Presbyterian church in New York City. He spent eight months there, preaching sermons that many have noted as quite mature for someone of only 18 or 19 years old. But, even though the church asked him to stay, Edwards’s father wanted him home, and he obliged. For the next two years, Edwards tutored at Yale back in Connecticut.

During these years, Edwards worked on developing himself and began to write resolutions that dictated how he wanted to live his life. He committed himself to read these resolutions every week as long as he lived and take stock of his faithfulness. With 70 resolutions in total, Edwards’s list included lines like this: “Resolved, that I will do whatsoever I think to be most to God’s glory . . . in the whole of my duration, without any consideration of the time, whether now, or never so many myriads of ages hence. Resolved to do this, whatever difficulties I meet with, how many soever, and how great soever.” In these resolutions, you can see how seriously Edwards took his faith, his life, and his joy in the Lord.

Northampton and the Great Awakening

In 1726, Edwards left Yale and took his seriousness to the church. At the call of his grandfather, Solomon Stoddard, he moved to Northampton to be Stoddard’s assistant and was named a pastor of the church alongside him the next year. That same year, Edwards also married Sarah Pierrepont on July 28, 1727, when she was seventeen. (Of course, Sarah played a vital role in Edwards’s life and was an interesting, godly person all on her own, but for the sake of brevity, we’ll have to cover that another time.) The couple settled in Northampton, a town of around one thousand people, and had their first child a year later, eventually having eleven children together.

In a town where practically everyone attended church, Edwards became worried about the fate of their souls. He believed many of them were not truly saved saying, “They come to meeting from one Sabbath to another and hear God’s word, but all that can be said . . . won’t persuade them to take pains that they may be saved.” He preached the Word of God consistently, however, despite their lack of attention. Eventually, the seed he sowed turned into a harvest. In 1734, Edwards described “a great and earnest concern about the great things of religion, and the eternal world, became universal in all parts of the town.” He believed that about 300 people were converted during this revival.

And this was just the beginning of revivals. In 1740, the Great Awakening spread across New England, as did Edwards. In addition to caring for his own church, he traveled and preached to many large crowds. To add to this workload, Edwards wrote some of his most significant works then as well and preached his most famous message, “Sinners in the Hands of an Angry God.”

Edwards’s life wasn’t smooth sailing from this point on, however. Along with the work of the Holy Spirit that was going on came much criticism. And Edwards also had to face a hard truth when years passed and he began to realize that not as many people were truly converted as he originally thought. He explained it this way: “In addition to the saving work of the Spirit of God and by which many are truly converted, there is always what the Puritans called a common work. That is to say, people get a taste of eternal things. They become serious. Their lives change. But they have never fundamentally become Christians. And, after a while, this common work of the Spirit doesn’t remain with them. They go back to the world or back to formal religion.”

Another lesser-known and difficult part of Edwards’s life took place a few years later in 1750. Over time, he had begun to disagree with his grandfather and predecessor, a proponent of the Halfway Covenant, about the issue of who should be admitted to take communion. But his congregation did not come on board to Edwards’s new way of thinking, and his track record of faithfulness was not enough to keep his pastorate. Ninety percent of 230 male church members voted to remove Edwards from his position.

As you can imagine, Edwards was heartbroken, considering that “most of them esteemed [him] to be the chief instrument in the hand of God of the eternal salvation of their souls.” He spent his last seven years as a missionary in Stockbridge, preaching to Native Americans and continuing to write. Shortly before he passed in 1758, he replaced his deceased son-in-law Aaron Burr (father of Vice President Aaron Burr) as president of the College of New Jersey, which later became Princeton University.

Edwards’s life was marked by serious faith. With great care, he watched his own life, cultivated a deep relationship with the Lord, and proclaimed the good news of the gospel to thousands. As he once said, “He who would set the hearts of other men on fire with the love of Christ must himself burn with love.” Like Edwards, we should be resolved to “walk in a manner worthy of the calling to which you have been called” (Ephesians 4:1).

He certainly was not perfect. Edwards owned slaves for most of his life before later denouncing the practice of importing slaves from Africa. Biographer George Marsden described Edwards as being “brittle” and “unsociable.” But, despite his faults, he was not content. He knew that “nobody had been so vile as [him]” and asked himself “at the end of every day, week, month and year, wherein [he] could possibly, in any respect, have done better.” This is an example we can and should follow: always being dissatisfied with our own holiness and dependent on the grace of God. 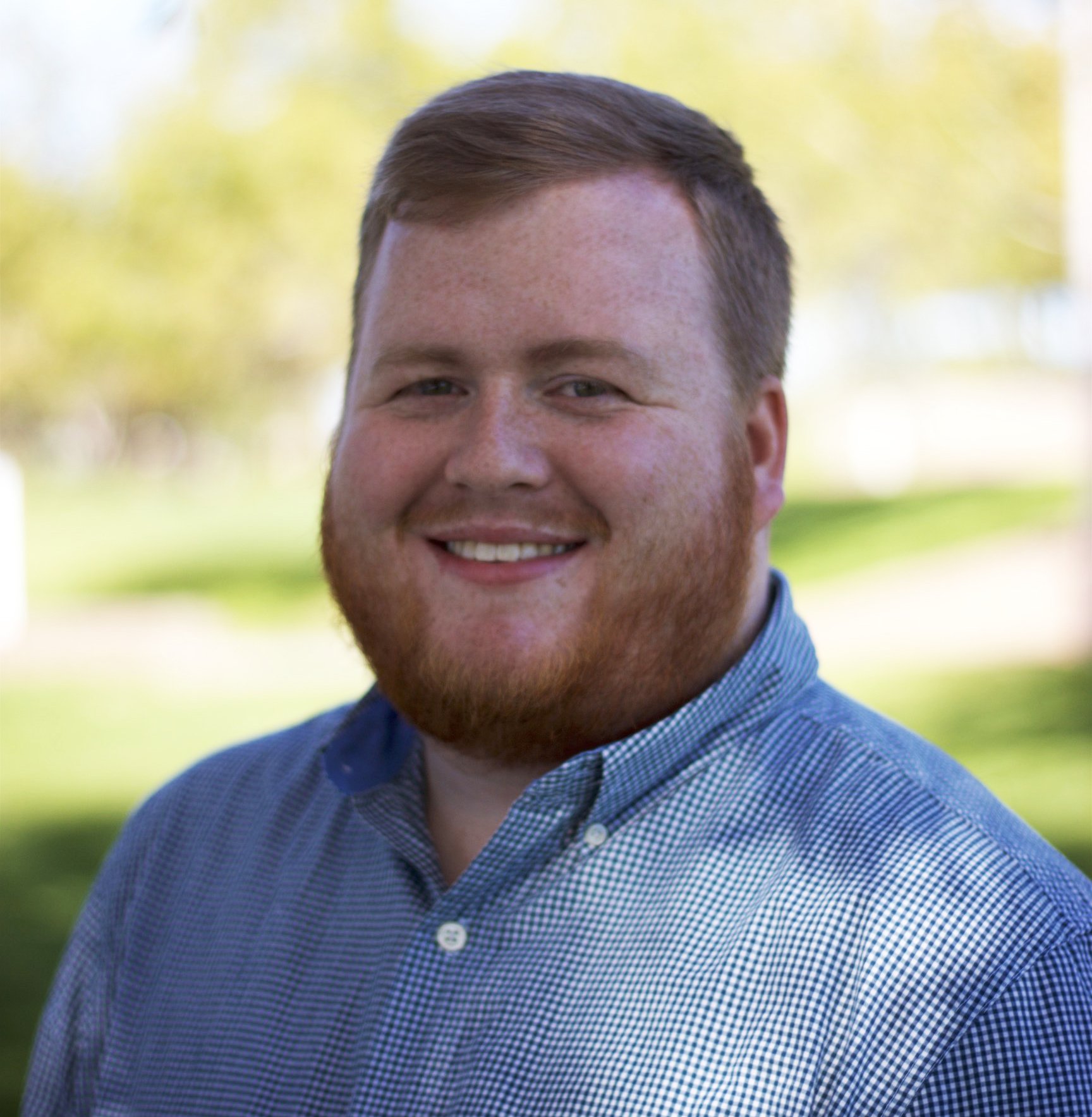 The Simple Faith of Polycarp

This week, we discuss the Apostolic Father Polycarp, the respectability of a simple faith, and one of the most epic martyrdom stories ever.

This week Discover Sola joins the show to discuss the practice of Lectio Divina and how it can transform your Bible reading.

In our third and final Q&A, we talk to Josh King about C.S. Lewis's insights on friendship, the church, and "inner circles."