Biblical Canon: How Did We Get the Bible?

Biblical Canon: How Did We Get the Bible?

There is an odd phenomenon that occurs when traveling between the United States and almost any other country in the world. The imperial system, which uses inches, feet, and yards, becomes the metric system using meters. Weight goes from pounds to grams (unless you’re in the United Kingdom). Converting these units of measurement can be tedious and would likely create a great deal of error if not for modern technology lending a helping hand. While we call these two forms of measurement “systems,” they could also be referred to as canons. Not the destructive and loud instruments of death that visited the battlefields of history, but a standard of measurement covering a large group of people. Similarly, the Bible has a canon of its own that is used to either omit or admit pieces of literature into its ranks.

This biblical canon has been a concern to those responsible for deciding what books should and shouldn’t be included in the Bible since Moses received the Ten Commandments. From that time until the closing of the canon, the Bible has been based on everything that God has instructed his leaders and prophets to write down. Both the Old and New Testaments were written by people inspired by the Holy Spirit to put their experiences and knowledge into writing.

Starting with the Old Testament, there is significant evidence that would suggest that Moses wrote the first four, maybe five, books of the Old Testament (Deut. 31:24-26) and that Joshua added to the writing after him (Joshua 24:26). From there, additional writers—usually prophets of God—are responsible for writing the books of the Old Testament (1 Sam. 10:25, 1 Chron. 29:29, 2 Chron. 20:34). This process may seem to be in contrast to God’s command to “not add to the word that I command” in Deuteronomy 4:2, but that message was given to a rebellious people, and these writers were also commanded by God to distribute his message.

Of course, some debate creeps in as not all Christians agree on a biblical canon. Roman Catholics believe there are other books that were written that belong within the canon of the Bible. The decision to add the Apocrypha to the canon was only made by the Catholic Church in 1546 at the Council of Trent. Protestants (Christians who broke off from the Catholic Church) consider those books to be apocryphal, meaning they doubt the authenticity of the books and thus do not include them in their Bible.

The books that made it into the New Testament as biblically canonical books started off with the writings of the apostles. Similar to the Old Testament, these books were written describing a great redemptive act done by God to help save and lead his people. These writings were also easily accepted into the canon because of their widespread acceptance by the early church. The writings themselves also claimed to have the authority of Scripture as seen in 2 Peter 3:2 and Acts 5:2-4.

As well as the writings of the apostles, there were some other writings circulating that were eventually added to the canon of the Bible. Namely, the five books of Mark, Luke, Acts, Hebrews, and Jude were added despite not being directly written by an apostle. All but Hebrews however, were written by known associates of an apostle. Mark was close to Peter, Luke was close to Paul, and Jude was close to James, the brother of Jesus. That leaves only Hebrews to deal with.

The Book of Hebrews

While Hebrews has no proof of apostolic authorship, or at least no known connection to one, the early Church was confident in its inclusion in the biblical canon. Many suggested that it was either written by or connected to Paul. Nonetheless, it was sufficient for the early church that the book more than agreed with the rest of the Bible.

The importance of a biblical canon is not only essential for deciding which writings deserve to be added but also which writings should not. A writing that does not have a connection to an apostle, agree with the rest of the Biblical canon, or was approved by the early Church should definitely not be considered to be authentic or biblical.

Although it is almost cliche at this point, a perfect example of a writing that should not be in the biblical canon is the Gospel of Thomas, in which we would learn many new things such as Jesus saying that only men have souls and that women need to become men to enter heaven. Even though the writing claims the name of the apostle Thomas, it was not approved by the early church, and it certainly does not agree with the rest of the canon. Furthermore, the document has been proven to not be written by the apostle but by another author who claimed the apostle’s name.

In conclusion, it is crucial to have a clear understanding of the biblical canon by which to measure the weight of a writing’s words. The books of the Bible should be treated as God’s words and be obeyed as such. The many writings out there that are not biblical but helpful to Christians should be appropriately employed and not treated the same way as the Bible. God’s word must always come first as the ultimate standard of measurement. 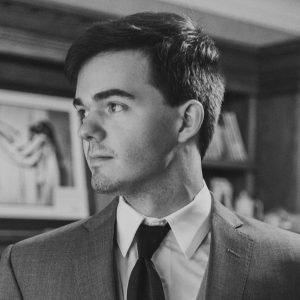