What Does the Bible Say About Angels?

What Does the Bible Say About Angels?

Whether or not you were raised in a religious household, this is likely not the first time you’ve thought about angels. We hear about angels everywhere, woven into countless pop culture stories. For example, angels play a critical role in movies like Angels in the Outfield and It’s a Wonderful Life and in TV shows such as Touched by an Angel. Even classic literary works, including Paradise Lost by John Milton, employ angels as key characters. Thankfully, with a little biblical study, we don’t have to rely solely on popular works to learn about these celestial creatures.

The Bible describes angels as spiritual beings without physical bodies. In Jude 6 we see that they have moral judgment, and angels who sin are removed from the presence of God. Angels are highly intelligent created beings who have many names throughout Scripture. They are referred to as the “hosts of heaven” (Nehemiah 9:6, Psalm 148:2,5), as well as the following: sons of God, holy ones, spirits, watchers, thrones, dominions, principalities, and authorities.

Although angels must have come into existence before the seventh day of creation, the exact timing of their creation is speculative. Job 38:6-7 mentions that all the sons of God shouted for joy when the earth was being created, but any specific timing of angelic creation remains unclear. It’s worth noting, though, that God started by creating “the heavens and the earth,” and we can assume that the “heavens” includes the creation of angels. However, apart from that brief reference to the heavens, Genesis focuses exclusively on the creation of the earth.

The Purpose of Angels

God created angels to be his messengers, and throughout the Bible, we see that God frequently assigns them to earthly missions to help carry out his plans. Although angels are, for the most part, invisible, they do occasionally take physical form to interact with humans. For example, Matthew 28:2-8 details an angel’s appearance when two women went to visit Jesus’s tomb:

“And behold, there was a great earthquake, for an angel of the Lord descended from heaven and came and rolled back the stone and sat on it. His appearance was like lightning, and his clothing white as snow. And for fear of him the guards trembled and became like dead men. But the angel said to the women, ‘Do not be afraid, for I know that you seek Jesus who was crucified. He is not here, for he has risen, as he said. Come, see the place where he lay. Then go quickly and tell his disciples that he has risen from the dead, and behold, the is going before you to Galilee; there you will see him. See, I have told you.’ So they departed quickly from the tomb with fear and great joy, and ran to tell his disciples.”

Several other encounters between angels and humans include them bringing messages to God’s people such as Jesus’s parents, Mary and Joseph, and the shepherds on the day of Jesus’s birth. Even Jesus himself was ministered to and comforted by angels, both after he was tempted in the desert and while he grieved in the Garden of Gethsemane. Other Bible stories depict instances where God uses angels to destroy rebellious kingdoms and bring justice to those who defy him.

What Angels Mean to Us

Ultimately, although angels were created to further God’s will and to serve and help humans, they are also meant to help reveal the love that God has for us. Both humans and angels were both made to be moral and intelligent and are the only beings to made so. However, humans are the only beings made in the image of God and given the gift of grace through Jesus Christ. When humans sin, we have been given the gift of forgiveness through Jesus, but as far as we see with angels this is not the case. This shows us that we are created and loved by God in such a way that we, above all creatures and beings, were made to live with him eternally.

Angels are a beautiful representation of how we should bring our praises to God. All throughout Scripture, we see angels marveling in the works of the Lord and praising him for all he does. In Luke 15:10, Jesus even says that angels rejoice over sinners repenting.

While angels serve as God’s mysterious messengers, they also pave the way for us to understand God better and make sense of our own relationship with him. Angels dwell primarily in the unseen world, and as they enjoy being in God’s presence daily, every insight as to how they respond to his mighty works provides valuable perspective as to how great and mighty he truly is. If the angels are compelled to worship, we ought to be too. As John writes in Revelation 5:11-12:

“Then I looked, and I heard around the throne and the living creatures and the elders the voice of many angels, numbering myriads of myriads and thousands of thousands, saying with a loud voice, ‘Worthy is the Lamb who was slain, to receive power and wealth and wisdom and might and honor and glory and blessing!'” 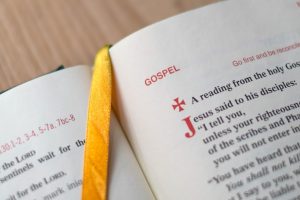 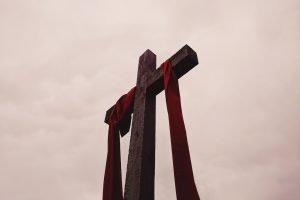 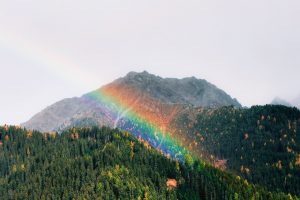 ‘Everything and More’ with Zach Bolen

Zach Bolen of Citizens joins the show to talk about new music, the bigness of God, and bringing people together.